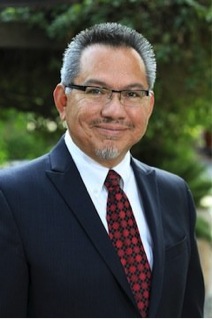 Dr. Pete Menjares is currently serving as the 11th President of Fresno Pacific University. A native of Los Angeles, Dr. Menjares served for 18 years at Biola University as a faculty member in the School of Education and as Vice Provost for Faculty Development and Academic Effectiveness. Dr. Menjares also served as Chairman of the Teacher Education Department after coming to Biola as a public school teacher in the Los Angeles Unified School District where he taught middle school for seven years in southeast Los Angeles.

In 2005, the Biola University faculty awarded Dr. Menjares the Robert B. Fischer Award for Faculty Excellence, the highest honor given by the faculty at the university. Additionally, he is the recipient of numerous other awards and honors such as:Dr. Menjares is a frequent speaker and conference presenter.  He has numerous scholarly papers, publications, and research grants to his credit.  In September/October 2005, a portion of Dr. Menjares’ teaching testimony was told in a story published by Today’s Christian magazine titled Redeeming Public Education (read the article here). Dr. Menjares many professional acknowledgments and awards include:

Dr. Menjares and his wife Virginia have a daughter Nicole, son-in-law Jonathan and three grandchildren – Jonah, Jase, and Eden.

We are privileged to welcome Dr. Menjares and his wife as the 2014 Fresno Clovis Prayer Breakfast keynote speakers.